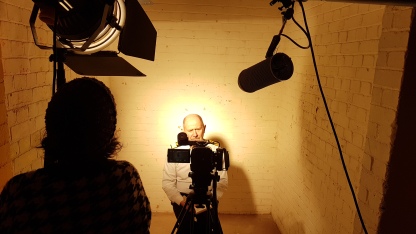 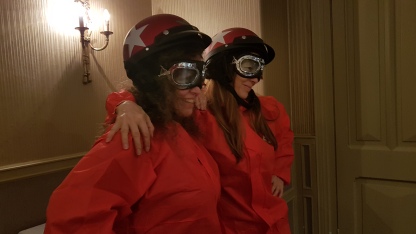 Something is coming into being. Manual for Nomads is the first film I have made collaboratively, and is an Arts Council England funded project that builds upon my previous work undertaken within the broad category of Artists Moving Image. This film is collaborative in the sense that for the first time I worked with professional cinematographers, sound engineers and editors to realise my idea. It is also collaborative in the sense that there are characters, played by people other than myself. All the characters were played by non-actors and this was consciously written into the film’s treatment. The particular approach to shooting and editing aims to undercut the viewers’ expectations of narrative linearity, without abandoning ‘storytelling’.

Situated knowledges are about communities, not about isolated individuals. The only way to find a larger vision is to be somewhere in particular. (Feminisms) images are not the products of escape and transcendence of limits (the view from above) but the joining of partial views and halting voices onto a collective subject position that promises a vision of the means of ongoing finite embodiment, of living within limits and contradiction – of views from somewhere. (Donna Haraway)

In broad terms, the film’s overarching themes are concerned with knowledge production, power, communication, and community, in relation to responses to the effects of climate change. Knowledge production can be said to reside in the protagonist’s (Ellen) ongoing search for help in understanding and ultimately managing her emotional responses to the effects of climate change. Her knowledge production is incremental as the narrative of the film builds. Ellen’s responses are acutely felt, and initially unsettle her to such an extent that she actively seeks help. Help is not forthcoming until near the end of the film, where she meets the pilots. Her need to understand her emotional response is met and satisfied in her finding a way to engage in collective practical action. Ultimately, she is able to situate her emotional knowledge within a very particular sense of community, and in so doing is rescued from isolation .

In parallel to the theme of knowledge production is the theme of power. The Commodore scenes are about public versus private personas, conventional knowledge versus intuitive knowledge. They are about power, symbols of power, and inner power, asking the question ‘where does power really sit?’ How does power present itself? Who has permission to represent power? As the only scenes within the entire film which use speech, an aspect of conventional power is expressed through so-called conventional communication – verbal speech intended for a Hearing audience. Within the broader context of communication throughout the film, in which the use of BSL dominates, this conventional communication holds a mirror up to conventional power and knowledge production as transfixed by its own reflection and ultimately ‘speaking to itself’. 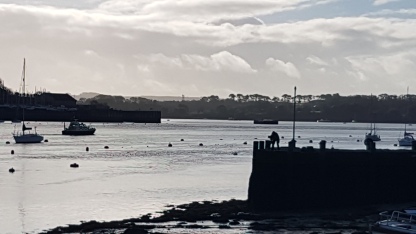 Ellen’s power, in parallel with her knowledge, visibly grows, incrementally as the film progresses, and  she is at her most powerful when engaged in collective practical action. However, power, as defined or redefined as effective communication, is hers from the outset. Whilst her initial encounters with others, in the bus stop and in the underpass, are unsuccessful in terms of eliciting positive responses from the people she communicates with, she does successfully communicate with them. They all speak the same language – in this case BSL – and even viewers who do not speak or understand BSL (or indeed, the language of the subtitles) will get the gist of each conversation. Embedded within these BSL exchanges are subtle differences. In common with any other language there are regional variations in BSL, there are those who are fluent – ‘wordy’ even – and those who are economic with the language. There are different gestures for the same meaning used in different locations across England. (American Sign Language, and other ‘English-speaking nations’ use entirely different gestures, unique to them). Embedding BSL, and to a much lesser extent, braille, into the dialogues that constitute the films’ script is a strategy for foregrounding the fact that all communication is an act of translation, an imperfect interpretation, that allows for communication as an approximation of intent. In this way, Haraway’s insistence upon the situated and partial nature of knowledge is teased out.